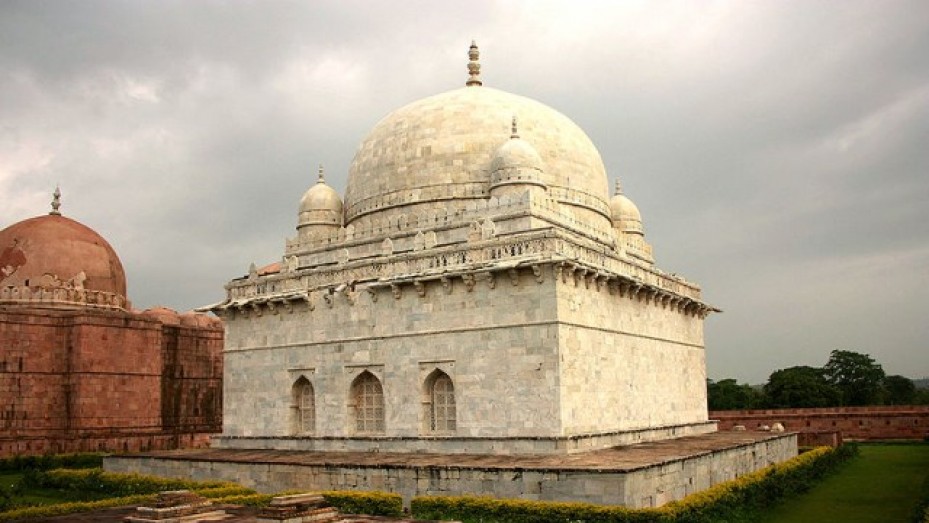 Hoshang Shah’s tomb is India’s first marble structure and one of the finest examples of Afghan architecture. The incredible dome, the arches and the lattice work served as the inspiration for the Taj Mahal. The blue enamel stars and the lotus on the southern doorway are an inspired touch of colour to an otherwise white structure.

If the Taj Mahal is an intriguing monument to love and history, Hoshang’s tomb is a monument that somehow personifies the Taj Mahal and makes it more approachable. Hoshang Shah is credited in history for more reasons than just being the first Islamic King of the Malwa region.

He was called by the name Alp Khan before he renamed himself Hoshang Shah after becoming the King of Malwa. He ruled Malwa for 27 years and is remembered for his fine taste in the arts and architecture. He is also credited for making Mandu one of the most strong and secured forts of India.